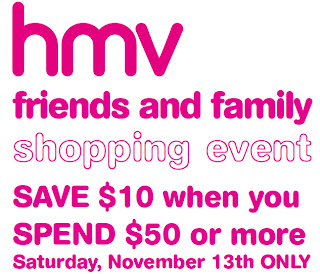 HMV Friends and Family Shopping Event is on Saturday, November 13, 2010 only. During the sale, you can save $10 Off when you spend $50 or more. The sale is only available in-store. You must print the coupon below and present it to the cashier at the time of purchase.

This sale applies to all HMV retail locations in Canada. There is a limit of one coupon per person, per transaction.

Click here to print out the HMV Invite coupon. 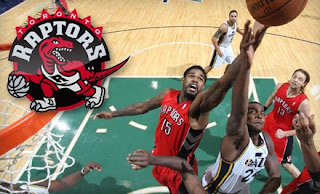 UPDATE: This deal is very popular. They have sold close to 3,000 vouchers and there’s now less then 500 left. Don’t miss out!

This is a limited 1-day only sale that will expire tonight at midnight (Wednesday, November 10, 2010). Click here to buy now or for more information about the deal. Don’t miss out!

The Fine Print
Expires Nov 16, 2010
Valid only for date & section purchased. Tickets avail. on a first-come, first-served basis; subj. to avail. Group seats must be purchased in 1 order & redeemed in 1 email. Tax included.

Sports played with spheres are easier to master than rectangular sports, such as Rubik’s cubing and throwing bricks into windows. Circle fun with today’s Groupon to a Toronto Raptors basketball game at the Air Canada Centre. Three seating options are available for each game and each Groupon includes a Raptors toque (a $19.99 value): choose between a $32 balcony seat (a $64.99 value), $42 balcony prime seat (an $84.99 value), or a $78 baseline seat (a $154.98 value, also including a Toronto Huskies hat (while supplies last) valued at $24.99) for four available games:

Undoubtedly one of the only teams named after an endangered species, the Toronto Raptors aim to drive the field goal percentage of their opponents straight into extinction during the 2010–2011 NBA season. Attending fans will be able to witness dizzying dribbles and the soothing chirping of majestic yet elusive sneakers from one of Air Canada Centre’s 19,800 seats. This year, the Raptors are led by former number one overall draft pick Andrea Bargnani, who leads the squad as they storm the court, exile the towel boys, and claim sovereignty over the sweat-soaked lands. Pick up a ticket to enjoy the infectious atmosphere, experience world-class athleticism, and nosh on tasty concessions instead of nibbling on moist foam fingers. 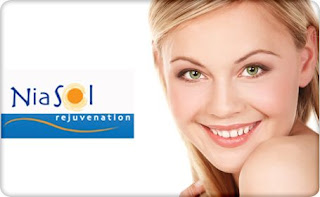 This is a limited 1-day only sale that will expire tonight at midnight (Wednesday, November 10, 2010). Click here to buy now or for more information about the deal. Don’t miss out!

Fine Print
1 per person
No cash value
Please book online at info@niasol.com
Must present voucher for redemption
By appointment Only. No drop-ins
Cannot be used in conjunction with other offers
Close to Broadview station

Crystal microdermabrasion, the most natural way to regain the youthful appearance of skin without chemicals, lasers or surgery, or extended periods of irritation and redness. Microdermabrasion skin care is ideal for anyone who wants to improve skin appearance and reverse the signs of aging.

Crystal microdermabrasion is the skin exfoliation solution that combats fine lines, blemishes, superficial acne scarring, and sun damage. Our procedure is performed by abrading the top skin layer for maximum cell renewal. This is an effective technique for removing dead skin tissue by sucking it loose and away from the face. For only $49, steal the deal offers you a microdermabrasion treatment experience at NiaSol. 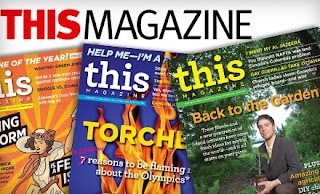 This is a limited 1-day only sale that will expire tonight at midnight (Tuesday, November 9, 2010). Click here to buy now or for more information about the deal. Don’t miss out!

The Fine Print
Expires Dec 10, 2011
Must activate subscription by 12/10, subscription expires 1 year from activation date. New subscribers only. Not valid with other offers.

The Company
“This Magazine”
http://this.org/
Redeem online or by phone

Nominated for more than 70 National Magazine awards and named this year’s small magazine of the year by Canadian Editors, This Magazine continually proves its commitment to covering the most progressive topics in politics, culture, ideas, and art. A team of dedicated, emerging writers outfits the bi-monthly publication with alternative analysis of current events, providing award-winning investigative journalism, provocative commentary, and suitable lettering for a ransom note. Recent articles include an in-depth look at the die-off of the honeybee and three poems written by Ottawa poet Pearl Pirie.

This Magazine will celebrate its 45th birthday in 2011, marking nearly a half-century of smart, edgy writing and excusing any motorcycle impulse buys. A group of school activists began the magazine, originally called This Magazine is About Schools, and allowed it to evolve into the pop culture, politics, and arts based publication it is today. Over the years, This Magazine has showcased the early works of Canadian writers such as Margaret Atwood, Dionne Brand, and Naomi Klein, and has been named one of the most influential Canadian magazines of all time by Masthead Magazine.

Reviews
The Canadian Society of Magazine Editors named This Magazine “Small Magazine of the Year” in 2010. Masthead Magazine called the publication one of Canada’s most influential magazines of all time. This Magazine has won a total of five gold and ten silver awards in the National Magazine Awards since 1977. 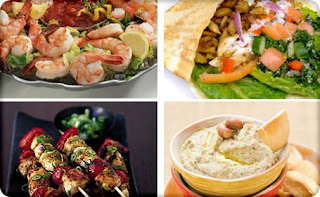 StealTheDeal Daily Deal: Come to Our Grand Opening! $40 Worth of Food for $20 at Mezza on 2

This is a limited 1-day only sale that will expire tonight at midnight (Tuesday, November 9, 2010). Click here to buy now or for more information about the deal. Don’t miss out!

About the Merchant
1560 Young St. Toronto, ON
http://www.mezzaon2.com

At Mezza On2, we will only use the finest and freshest ingredients from local markets, no comprimises!

We pride ourselves on service and quality, and we always put ourselves in the guests shoes with the highest expectations of a great experience.

Our Grand Opening is set for the last week of October. To be a part of this special opening simply send us an e-mail with your name and the number of people in your party and someone will get back to you with confirmation.

We are also taking reservations for the holiday season so book now before space is gone. We can accommodate up to 55 people.

Second Cup recently launched an online store. To help promote it, they are offering all customers 25% Off online orders of $25 or more with the promo code “BEANS25” until November 30, 2010.

I thought it a was a bit weird that Second Cup of all places would have an online store, but they sell a bunch of things on the site including whole bean coffee, teas, signature second cup drinks and gifts. 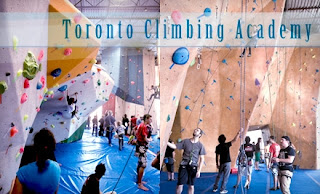 Today’s Groupon Deal of the Day: $45 for Beginner’s Course and One-Month Pass with Rentals at the Toronto Climbing Academy ($135 Value)

This is a limited 1-day only sale that will expire tonight at midnight (Monday, November 8, 2010). Click here to buy now or for more information about the deal. Don’t miss out!

The Fine Print
Expires in 1 year
Limit 2 per person, may buy 10 as gifts. Valid only for listed location.

Since 1993, the Toronto Climbing Academy has been endowing humans with the rock-scaling abilities too long monopolized by mountain goats. In the academy’s beginner’s climbing lesson (a $35 value), you’ll learn the ins and outs as well as the ups and ups of rock climbing from the academy’s certified instructors, who provide step-by-step tutorials of basic technique and equipment handling. With your instruction in incline conquering complete, you’ll be free to put your knowledge into action with a one-month pass (a $71 value, due to a current promotion offering $44 off of the regular membership rate of $115) to the Toronto Climbing Academy. This deal includes rentals of harness and shoes for your one-month membership (an estimated $30 value, assuming three visits to the centre during your month—value could be more or less). During your month of mock-mountainside mastering, you can belay up boulders, overpower overhangs, and scale slabs at the Toronto Climbing Academy’s new state-of-the-art climbing centre, featuring more than 80 climbing stations and more than 4,000 square feet of bouldering terrain—ideal surfaces to bounce sound off of during a yodeling session.

With indoor facilities and an emphasis on safety, the Toronto Climbing Academy provides a game-changing opportunity to test out a new robotic arm on faux facades or to pretend that the climbing surfaces are actually floors and everyone else is walking around on ceilings and walls using super-adhesive shoes. Call the Toronto Climbing Academy to schedule your beginner’s lesson and prepare to push yourself to the vertical limit. 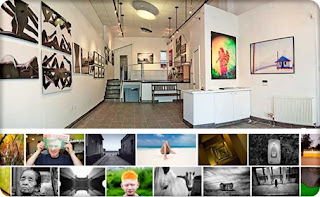 This is a limited 1-day only sale that will expire tonight at midnight (Monday, November 8, 2010). Click here to buy now or for more information about the deal. Don’t miss out!

The Goods
One 16” x 20” mounted, resin coated photo on birch panel
Your uploaded photo can/will be professionally retouched/enhanced
Free shipping within the G.T.A
Choose from a variety of classes or workshops
Voucher is good for one year

Fine Print
Shipping included within the G.T.A area only
Please allow 30 day delivery
Classes are $200 total value, so customers could sign up for 2 $100 workshops for example
Customers can easily upload their image file from our website
Customers may substitute their own image to edit for one of our decorative original images (For a $40 license fee, the same as the digital editing fee)
All resin coated pieces are lifetime guaranteed against fading, yellowing, or warping

About the Merchant
2186 Queen St. E, Toronto, ON
http://www.lensfactory.net

THE LENS FACTORY is located in the heart of the “Beaches” area of Toronto East. The gallery showcases original art by Len van Bruggen IV, his father Leonardus and features exhibitions from new and emerging artists as well as established professionals. High quality, original photo-based artwork is on display and for sale. If you are looking for high quality, original and reasonably priced artwork to display in your home or office, then make sure to stop by our gallery soon!

‘Epoxy Resin’, is a two-part liquid that is used to create a hard thick, glossy, clear finish on artworks and mounted photographs. It is like 50 coats of clear varnish at once! After a photograph is mounted onto a birch/mahogony panel, the two part resin is mixed and poured over the artwork. After it is adequately coated, the bubbles are removed by our special CO2 dispension system to acquire a smooth,bubble-free, clear coating. 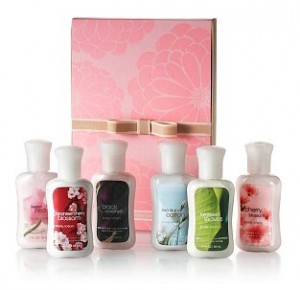 There’s also a Buy 3, Get 2 Free Signature Collection sale right now, that you can apply and stack the promo code on top of!